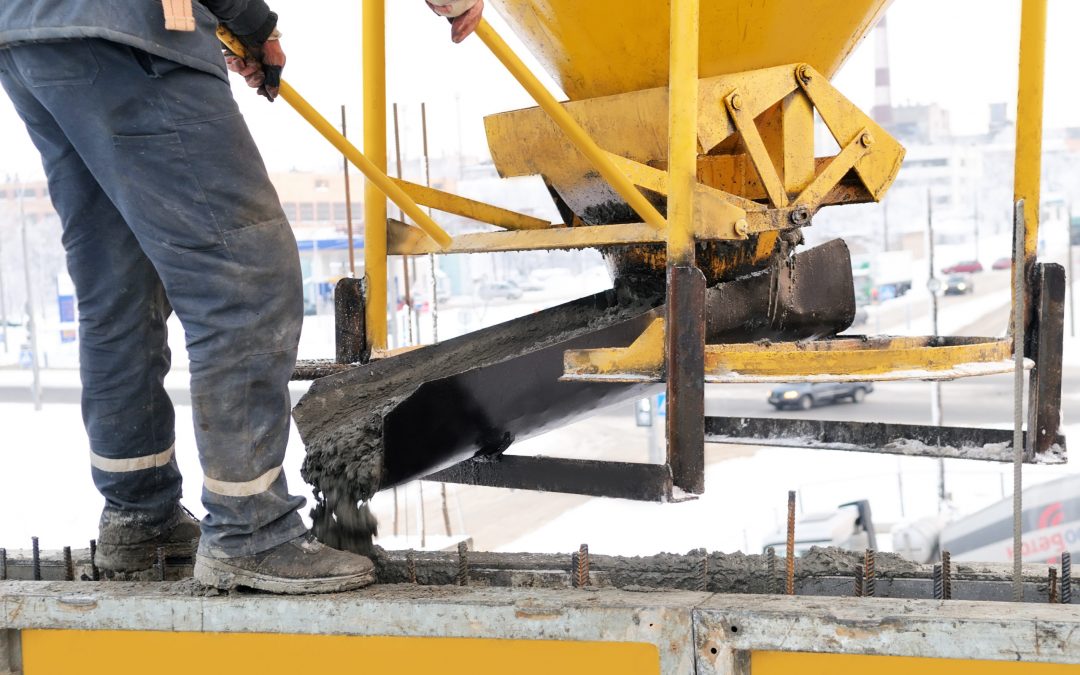 The Disadvantages of Using High-Performance Concrete for Abrasion Resistance

Many people in the concrete industry still think that high strength cures all. This is, unfortunately, not true. High-performance concrete is certainly a tempting solution for increasing your concrete’s abrasion resistance. After all, its high compressive strength does make it tough and durable against abrasion. And it’s not even that hard to make. Increase the cement content. Keep the water-cement ratio low. Maybe add some silica fume. And the test results are pretty decent.

Well, don’t get too eager! High-performance concrete may have some benefits, but they come at a price.

To delve into that aspect, we first need to talk about the two main methods for creating high-performance concrete: adding silica fume and adding extra cement. Both are popular ways of strengthening concrete, but neither is efficient for increasing concrete abrasion resistance.

When Made with Silica Fume, This Concrete Offers Diminishing Returns

So, let’s say you want to go with the silica fume route. What are the likely results?

According to a study done by the Amirkabir University of Technology in Iran and the Yamaguchi University in Japan, the results are not overly impressive when it comes to silica fume increasing abrasion resistance.

As expected, however, they did see good results for it increasing compressive strength. For instance, when adding 10% more silica fume to a concrete mix, the study’s researchers noted that the mix’s initial 35 MPa (5,000 psi) jumped to 50 MPa (7,000 psi).

To determine the impact that silica fume had on the abrasion resistance of this concrete, the researchers conducted a modified version of the ASTM C418 test method. That allowed them to measure the mass loss of their 40-day concrete samples, showing an increase in compressive strength. And for every percent increase, there was a 0.33% increase in abrasion resistance. That eventually led to a maximum increase of about 13%.

This is certainly an improvement in a mix’s abrasion resistance. But it is a minor one.

In support of this view, another study done by a structural designer from Tacoma Engineers Inc. and a professor at George Brown College suggests a similar outcome. They noted that silica fume’s contribution to abrasion resistance did not have a significant impact. In fact, it was more important to consider the mix’s aggregate type and water-cement ratio.

They did also note that of course, with an increase in compressive strength, there was some increase in abrasion resistance.

Then, what about adding cement instead? High-Performance Concrete with Extra Cement Is Better But Costly

Again, like with silica fume, you’ll see a great increase in compressive strength when using extra cement. The Scotland’s University of Dundee confirmed this with their study in 1991. During the study, researchers found they could increase cement content to raise a concrete mix’s 27 MPa (4,000 psi) to 50 MPa (7,000 psi).

It also showed some promise of doubling the mix’s abrasion resistance. Still, for it to work, you’d need to increase the cement content by 80%.

That might not seem like much of an issue initially. But it won’t take long for you to see the problem when you look at the bill for your concrete. Adding so much cement has a literal high price attached to it, making it the least appealing way to boost your concrete’s resistance to abrasion.

Worse Still, It Can Come with a Number of Unwanted Side Effects

No matter whether you went with silica fume or extra cement, you are very likely going to see some downsides.

These Can Include Application Concerns

If you went with adding silica fume as it’s the more budget-friendly of the two options, you may end up facing application concerns. However, it depends on the amount you’re using. If you add less than 10% to your concrete mix, your concrete’s application will likely go on as usual. But if you add more, your concrete will become sticky, making it harder to place and finish.

Moreover, sometimes, the best overall result comes from using a concrete mix that is easy for the contractor to work with. In these cases, you might be better off avoiding silica fume.

Or They Might Include an Increase in Heat of Hydration, Which Can Lead to Other Structural Concerns

If you went with adding extra cement instead, you will have a more pressing concern to worry about: the heat of hydration. After all, increasing your mix’s cement paste means increasing the mix’s hydration. And doing that generates more heat within the concrete due to the chemical reaction between the water and extra cement.

It can add stress to large concrete masses as they cool, leading to concrete cracking. On top of that, more cement paste also creates more shrinkage. And that can cause concrete slabs to curl.  That can in turn cause joint spalling, joint filler failure, and more.

The addition of more cement isn’t just a concern to structural integrity. It’s also a concern to the surrounding environment. Around two-thirds of a ton of C02 is released for every ton of cement manufactured. So to add even more cement to your mix is only increasing your structure’s carbon footprint, which contributes to extreme weather events and other symptoms of climate change. You Don’t Have to Deal with These Issues

While it might seem like it currently, you don’t actually have to choose between either form of high-performance concrete. If you’re looking to significantly increase your concrete’s abrasion resistance and avoid the potential downsides of adding silica fume and extra cement, Hard-Cem® should be your go-to solution.

As an integral hardening admixture, Hard-Cem is a unique solution for increased abrasion resistance. It’s the only one of its kind on the market, and it’s capable of doubling your concrete’s abrasion and erosion resistance.

There’s no real concern when applying it either. You just add Hard-Cem to your concrete mix during batching, and that’s it! The admixture will go on to increase the abrasion resistance of your concrete’s paste and reduce abrasive wear and tear. It leaves no impact on your concrete’s workability or any other aspect, so the contractor can place and finish it like they are accustomed to.

It Can Even Make Your Project More Sustainable

What’s more, Hard-Cem can even decrease your structure’s carbon footprint! Because it raises the concrete’s surface wear resistance to counter abrasive and erosive forces, it mitigates the need to replace or repair your concrete over time. For instance, after seeing rapid abrasive damage in their mine’s original concrete, the owner of the New Afton Mine in British Columbia, Canada, found that Hard-Cem helped them avoid at least two concrete replacement cycles. That let them reduce the concrete’s lifetime carbon footprint by 49.5%. And it was all thanks to making sure their concrete was durable enough.

For a Less Risky, More Green Approach, Hard-Cem Is Worth It

It’s not a conventional choice, but Hard-Cem has had more than 15 years to prove its worth. And it has been done so many times for over 7 million m2 (80 million ft2) of concrete across North America. This has produced multiple success stories over the years, making Hard-Cem a proven and welcome addition to abrasion resistance solutions.