Guiding On How to Lay Plastic Grids for Gravel Driveways 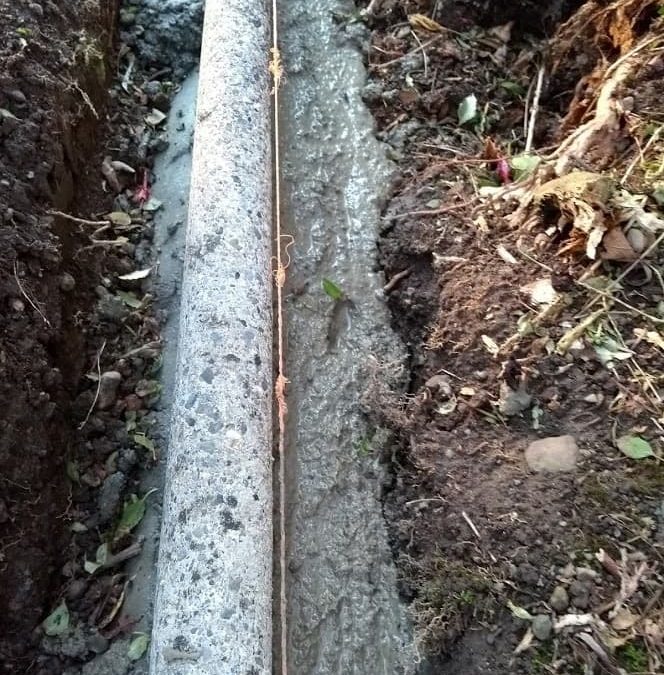 Arthur strives to balance aesthetics, functionality, and quality with costs when planning DIY projects in the home and garden.

While on holiday in Wales, we parked our car in the public car park to visit Carew Castle in Pembrokeshire. When we got out of the car, we were immediately impressed with the surfacing. Although a gravel car park, the gravel was contained within a mesh of plastic grids, making the surface perfectly flat and comfortable to walk on.

Upon returning home, my wife and I spent time sourcing the plastic grids for suppliers and cost. After some extensive research, we established that the grids used in the Welsh carpark were of a commercial grade, suitable for heavy Lorries and well beyond our price bracket. However, our local IDY Stores offer a cheap version, but on close scrutiny, I determined that the plastic used is so thin and flimsy that it wouldn’t be a suitable option.

Nevertheless, upon further research, I found a suitable product on Amazon which, although not as substantial as the plastic grids we saw Wales, are made with thicker plastic than the cheaper ones locally available.

Although the gravel drive is good in doing its job, there are a number of minor but irritating issues the plastic grids would help to resolve.

By adding the grids:

It would have been nice to have used the heavy duty gravel drive grids like we saw in the Welsh carpark, but they are far too expensive for our budget.

I could have made do with the ones sold in local DIY stores. They were affordable, but what I disliked about them was that they were:

The product I found on Amazon, manufactured by a Scottish Plastics firm called Ruddrascott Plastics, although 50% more expensive than the cheaper grids, caught my attention because:

When we bought the house it had a typical front garden for a traditional British semidetached outer urban city home. Down the middle was the conventional concrete path flanked by a gravel drive on one side and crazy paving on the other, and in the middle of the crazy paving was an ornamental wishing well. The side boundaries were hedges, and on the front boundary were gates flanked by walls. The whole garden, including the gravel drive, slopped towards the house.

View of our first driveway after I had laid it with heavy duty concrete drive slabs, plus the original front garden gates which had to be removed when I added the second driveway.

After moving in, I replaced the hedges with fences, the crazy paving with patio slabs and the wishing well with a bird bath. I also added flowers and shrubs to the front garden by building a number of raised beds. Other than these alternations, very little changed in the front garden, until a few years later when my wife learnt to drive and we got our first car.

After my wife passed her driving test and we bought our first car, I overlaid the original gravel drive with proper concrete drive paving slabs, and at the same time levelled the drive so that it no longer sloped towards the house.

Then after my son passed his driving test and got his own car, we needed to enlarge the parking area in our front garden to accommodate two cars.

The two main options we considered were:

We opted for the latter primarily because I’m not a fan of concrete everything, and I felt using driveway paving slabs across the whole garden would have been too much. I felt that extending the drive with gravel would soften the driveway and make it more aesthetically pleasing. Although the other benefits in using gravel to make the drive extension are that it would be:

Therefore, after removing the front garden gates, wall and flowerbed between the drive and path, I built a front retaining wall from recycled bricks and then back filled with a couple of tons of gravel to level off the new drive to the existing paved drive.

Having decided to use plastic grids and having sourced the product, the next step was to draft up a simple project plan. The benefits of doing this being that it helps to:

With cost, quality and time being the three corner stones of good project management, good planning and preparation for project like this helps to:

For this project, the simple plan I drew up was:

Here is how you should go about putting in your plastic grids.

Having bought the plastic grids and moving the cars from the drive, the first task was to remove the surplus gravel down to the required depth of two inches, e.g., the height of the grids.

For this endeavor, I used a shovel and a garden rake, placing the surplus gravel in a pile on the adjoining concrete slab driveway; periodically checking the depth with a tape measure and keeping the pile reasonably tidy with a garden brush.

Lowering existing gravel drive by 2 inches to the required depth for laying the plastic grids.

Once I’d reached the required depth, I levelled off the remaining gravel with a garden rack in combination with a spirit level to ensure that it was flat and level right across the whole drive.

Using spirit level and shovel to level the gravel.

On a flat level and firm surface laying the grids is easy and quick. They firmly interlock in place with a simple snap in action when laying them; creating a great stability even before they are back filled with the gravel. The grids are also easy to cut to shape and size with a handsaw, where required around the edges of the drive.

As the far end of the drive (nearest to the pavement and road) would take the greatest pounding from the car, I started laying the grids in the corner at that end.

As it happened, it was a near perfect fit along its length, so I only needed to cut the grids to size and shape on the side next to the flower border.

Spare grids stacked up ready to use as required.

Once all the grids were in place, it was just a simple case of using a shovel, garden rack, and garden brush to back with the gravel piled up on the adjoining concrete slab drive.

Then after working the gravel into place (to fill up any voids) with a stiff garden brush and walking over it to tamp it down with my feet, I then filled any gaps left and then repeated the process several times until I was satisfied that the gravel was reasonably bedded down.

Because the plastic itself takes up space, and partly because the gravel backfilled into the plastic would need a little time to bed down completely, there was some gravel leftover. What was leftover I simply added to the existing gravel in drain well in the middle of the concrete slab driveway; so that at a later date I could use some of that to top up any voids that may develop as the gravel beds down in the plastic grids.